The myriad biochemical and physiological functions of the body that maintain vitality need to work effectively to ensure the harmony and synchrony of these functions. Under the control of two sophisticated systems – the nervous system and the endocrine system – the former operates through nerves that transmit signals at high speed for fast and short term messages while the second, called the ‘endocrine system’, operates through glands that produce hormones that travel in the blood stream for slow and long term messages. They are under the surveillance of the hypothalamus (part of the brain) which is vital in maintaining the balance of hormonal communication and function.

These glands however include the pituitary, thyroid, parathyroid, adrenals, thymus, pineal, pancreas, ovaries and testes.

Hormones are biochemical ‘messengers’ produced by various glands throughout the body. After binding to a receptor on the cell membrane or inside the cell, hormones induce functional changes such as modulation of metabolism, growth and sexual development etc… Hormones instruct a target cell to perform specific tasks…

The natural course of hormones

During our reproductive period in the twenties and thirties, we enjoy optimal hormone levels. During this time, we are less likely to develop diseases. Beginning in the late thirties, all hormones start to decline steadily except the parathormone and the cortisol which tend to increase as we grow older. Among other factors, ageing starts when our hormones start to decline. And our hormones do not decline because we age.

The degree of decline however is influenced by the genetic build-up of the individual and the lifestyle choices. Hormonal deficiencies influence every cell in the body and result in degenerative changes and disabilities.

Hormonal deficiency with ageing is at the root of many age-related diseases. Therefore, the decline in the level of hormones as we grow older has negative health consequences, putting us at a higher risk to develop age-related diseases such as heart diseases, dementia, cancer as well as arthritis.

‘Beginning in the late thirties, all hormones start to decline steadily except the parathormone and the cortisol which tend to increase as we grow older. 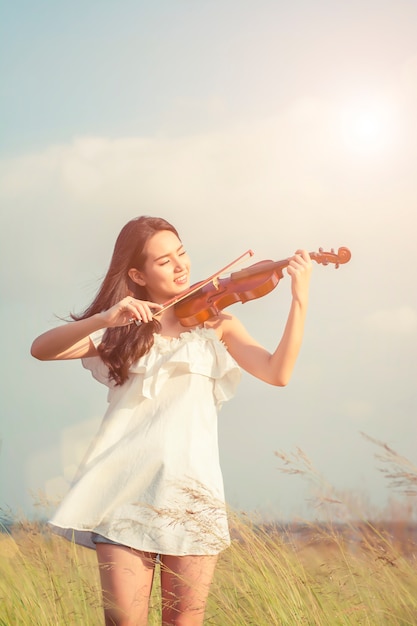 Hormones interact in a delicate and predicted manner with each other, such that a change in the level in one hormone influences the other hormones. If one hormone is disturbed, then it can affect all hormones, especially since some hormones activate or stimulate other hormones.

For example, elevated cortisol as a result of stress blocks the thyroid production and activity; low thyroid blunts sex hormones and causes a sluggish hormone metabolism. So it is unwise to supplement oestrogen deficiency without paying attention to the cortisol and thyroid status. Another example is the influence of hormones on body fat distribution. It is known that cortisol and insulin facilitate lipid accumulation while growth hormone and testosterone stimulate lipolysis. In females, oestrogen seems to have a similar function to testosterone in this particular situation.

A third example is that hormones maintain a constant concentration of glucose which is especially important for the brain. Insulin and glucagon are the main hormones responsible for the regulation of glucose sometimes, growth hormone and cortisol is important in maintaining the level of glucose.

The ultimate aim of hormone therapy is to maintain vitality and good quality of life, preventing a disease and not to supplement a deficient level. So hormones should be bio- identical and supplemented in a physiologic dose. In addition, the timing of the bio-identical hormonal therapy is important. Benefits of BHRT outweigh the risks if treatment is begun in younger patients with deficiency before the establishment of the disease.

Man cannot be smarter than nature by introducing synthetic hormones…

Many of the studies that do not recommend hormones are based on studies that used synthetic hormones. For example progestin (synthetic progesterone) is associated with increased risk of breast cancer while bio-identical progesterone does not share the same risks and is safe as well as protective.

Health status is influenced by the level and harmony of the hormones. When hormone levels are at optimal levels and balanced, we are more likely to enjoy vitality and wellness. Hormone supplement as part of a holistic customised approach to multi-modal treatment (follow the right choices in nutrition and lifestyle, exercise regularly and manage stressful responses efficiently) is paramount toward controlling disability associated with ageing. The right balance of hormones, however, helps mitigate the derangements; but the inadvertent supplement and the defective balance of the hormones will certainly have a negative influence on vitality and wellness.

BHRT can be safe and beneficial for most people and can also restore vitality and delay or even abort disability of ageing. The advice is to start with low doses and to increase it slowly guided by the response of the patient and not by lab results.

The value of bio-identical hormonal therapy is excellent when used with the aim of preventing plaque formation. Therefore, it has a great preventive influence if started in the early peri-menopausal period before the onset of the plaque. Once the plaque has already developed (e.g. in late stage of menopause) BHRT has no effect in reversing the plaque and may have negative effects through destabilisation of the plaque and through thrombus formation.

So it is advisable to use topical oestrogen therapy after evaluating the risks and benefits based on clinical evaluation, family history and after assessing the pathways of detoxification. Not to be taken lightly however, the decision to supplement oestrogen should be taken in the context of a comprehensive holistic customised long term plan.

THE FATE OF OESTROGEN

It is recognised that individual variation exists in oestrogen metabolism as genetics, type of consumed food and lifestyle influence the risk to develop breast cancer. For example, detoxification by the 2-hydroxylation pathway is associated with minimal risk to develop breast cancer and the less efficient methylation of the potentially genotoxic 4-hydroxylation pathway is associated with higher risk. So, it is necessary to assess the pathway of oestrogen metabolism before embarking on oestrogen supplement.

On the other hand, it is possible to manipulate the detoxification pathway of oestrogen by food and nutrient supplement to the extent that oestrogen can be supplemented safely.

Unlike women, the testosterone does not drop fast; typically it drops about one percent per year after age 30. Important in bone mineralization, fat distribution, muscle strength etc. Testosterone deficiency secondary to ageing (andropause) is associated with many chronic conditions such as coronary artery disease, diabetes, muscle wasting, osteoporosis and depression.

Testosterone supplement has beneficial effects such as reduction of the probability to get plaques in the coronaries, increases anabolic function demonstrated by increase in muscle mass, improves mood, sharpens concentration, boosts libido and improves energy.

The same principles applied in oestrogen therapy apply to the measured administration of testosterone too.

Dr. Fadi Alshaban is board-certified in Anti-Ageing Medicine and also in General Surgery. He worked as general surgeon in Jordan, Saudi Arabia and Dubai.

Integrative Medicine
In seeking vitality and longevity, the Anti-Ageing model proves to be the most successful approach. Preventive and therapeutic strategies depend on understanding the physiologic...

Integrative Medicine
All cancers, including colorectal cancer, starts when cells in the body begin to grow out of control. Cells in nearly any part of the...

Integrative Medicine
What would it be like having lifelong health and boundless energy? Eminent Naturopath Rumana Zahn shares her innovative approach in her Six Zone Health...

Integrative Medicine
Arthritis is surrounded by many misconceptions. One of them is that arthritis affects only the elderly. Rheumatoid arthritis (RA) is an autoimmune, inflammatory disease...