Dr. Daniel Amen, a US psychiatrist and anti-aging luminary who has made brain health his specialty claims that losing your memory or developing brain fog in your forties, fifties, sixties or even seventies is abnormal and apparently, a sign of trouble. He advises that you should stop waiting for the problem to hit you in the head before you decide to do something about it. From his clinic in Costa Mesa-California, Dr. Amen has conducted thousands of brain scans which clearly revealed that with age, brain activity decreases across the entire surface of the brain. Lifestyles can, however, exacerbate the decline more rapidly than it needs to. Poor diets, chronic stress, unresolved health issues, sleep deprivation; excess alcohol and illegal drugs contribute to the brain’s early demise. Sadly, most of us simply accept this decline in cognitive functioning as the unavoidable by-product of aging. According to Dr. Amen, this luckily doesn’t have to be the case.  Amongst his patients, he has earmarked a segment of older men and women who have vibrant-looking brains and it’s thanks to their clean lifestyles that their brains function effectively.

The Food And Brain-Aging Connection

The incidence of age-related Alzheimer’s dementia is on the rise in the West and in developed emerging economies like the UAE. Every five years, your chance of developing this deadly disease doubles after the age of 60. However, it is important to know that the healthier you eat, the better you can sustain your mind and memory.

Some brain wellness proponents assure that calories don’t count, and it’s the quality of food that’s important. That may be so, but when it comes to brain health, a trim waistline is necessary. Whilst it’s smart to consume high-quality whole food, limiting calories clearly  triggers certain mechanisms in the body that increase the production of nerve growth factors, which are beneficial to the brain.  So he advises that the recommended daily calories needed for optimal weight maintenance, must be “jam-packed with proper nutrition.” The average fifty-year-old woman needs 1,800 calories a day to maintain her weight, and the average fifty-year-old man needs 2,200 calories a day.

Of all the organs in the body, the brain is the most affected by what we eat. As it burns about 25-30 percent of food consumed, it’s vital to eat a well-balanced diet consisting of lean protein, high fiber carbohydrates, good fats and plenty of filtered water.  Wholesome organic foods that incorporate a mixture of key ingredients and nutrients supply your brain with high-grade fuel that is a great way to ensure its optimal function. 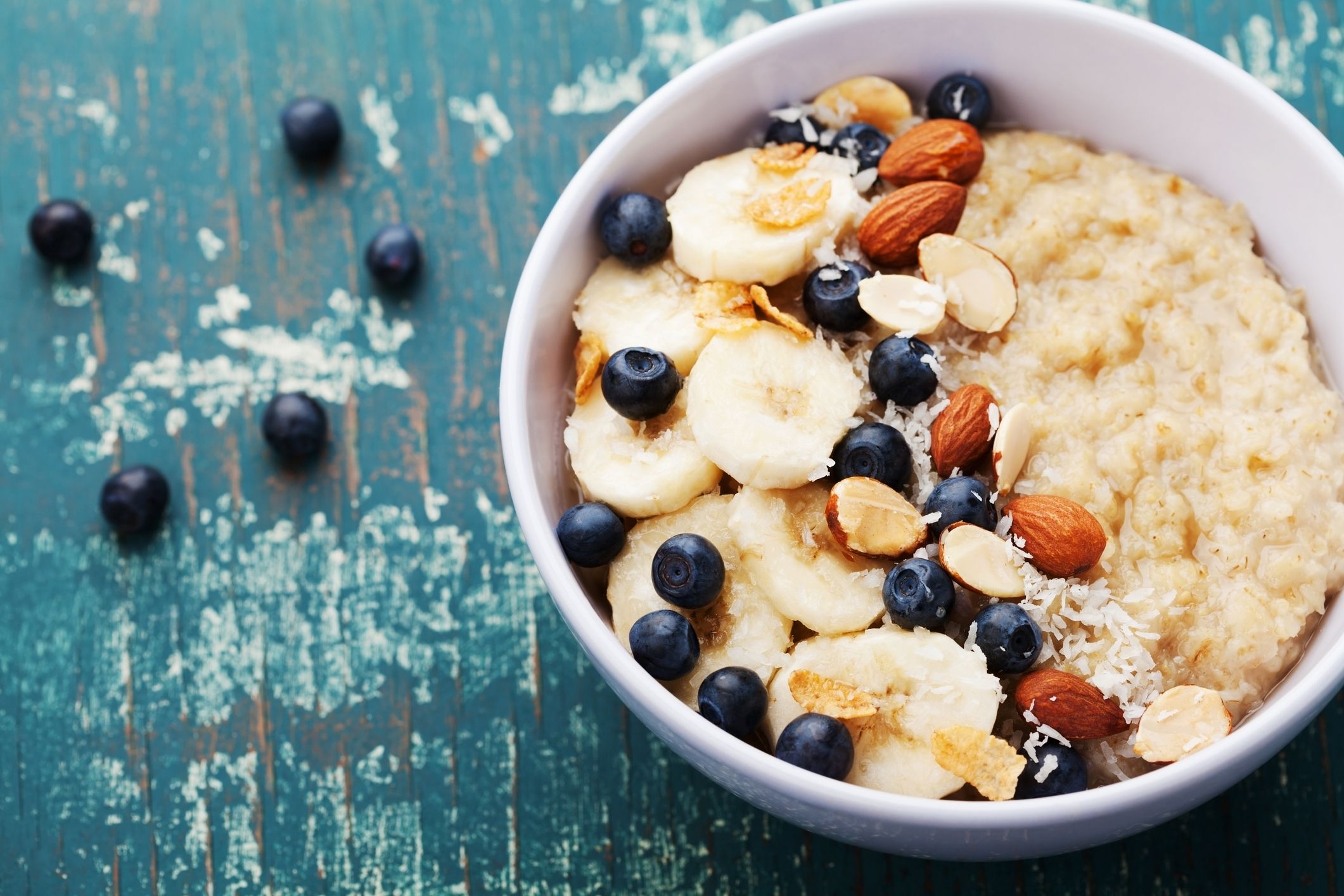 Drink plenty of filtered water daily, and only drinking from phthalate and BPA-free water bottles is ideal as even slight dehydration increases the body’s stress hormones, which could eventually be linked to memory problems and obesity.

Eat lean protein at breakfast, as it is rich in the amino acid L-tyrosine which is important in creating the brain neurotransmitter known to increase attention and focus. L-tyrosine acts as the ‘building blocks’ for brain vitality, and is contained in foods like fish and tofu. The amino acid also produces dopamine, epinephrine and norepinephrine that are essential for a balanced energy and mood. Dr. Amen warns that “Stress tends to deplete the neurotransmitter norepinephrine.” But the good news is that protein is also full of L-tryptophan, another amino acid building block for the brain’s feel good chemical, serotonin. L-tryptophan is found in eggs and milk.  Dr. Amen suggests, “Increasing intake of L-tryptophan is helpful in stabilizing mood, improving mental clarity and sleep as well as decreasing aggressiveness.”  Excellent sources of lean protein include fish, beans, raw nuts and high-protein grains added to high-protein vegetables such as broccoli and spinach.

Since the solid weight of the brain is 60 per cent fat, any problems in the body’s fat content can be disastrous for the brain. The one hundred billion nerve cells in your brain need essential fatty acids to function. Focus your diet on nutritious fats, especially those that contain omega-3 fatty acids, which are found in salmon, tuna, mackerel, avocados, walnuts, and green leafy vegetables.

The Omega-3 fatty acids; eicosapentaenoic acid (EPA) and docosahexaenoic acid (DHA) have been linked to healthy aging throughout life. DHA makes up a large portion of the grey matter of the brain. The fat in your brain forms cell membranes and plays a vital role in how your cells function. 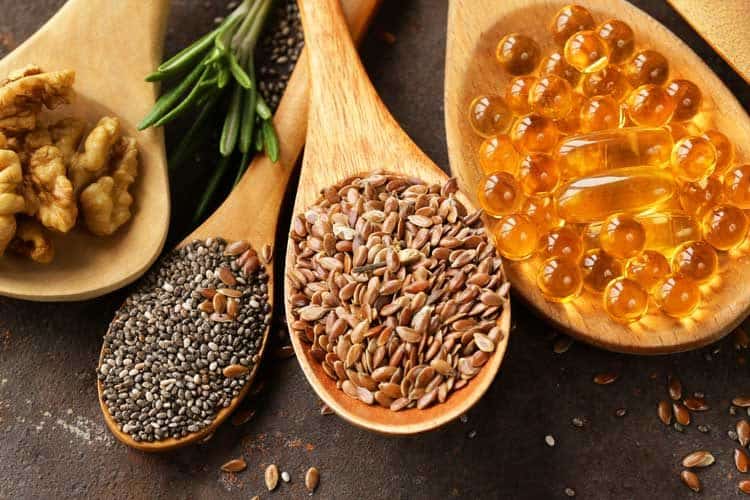 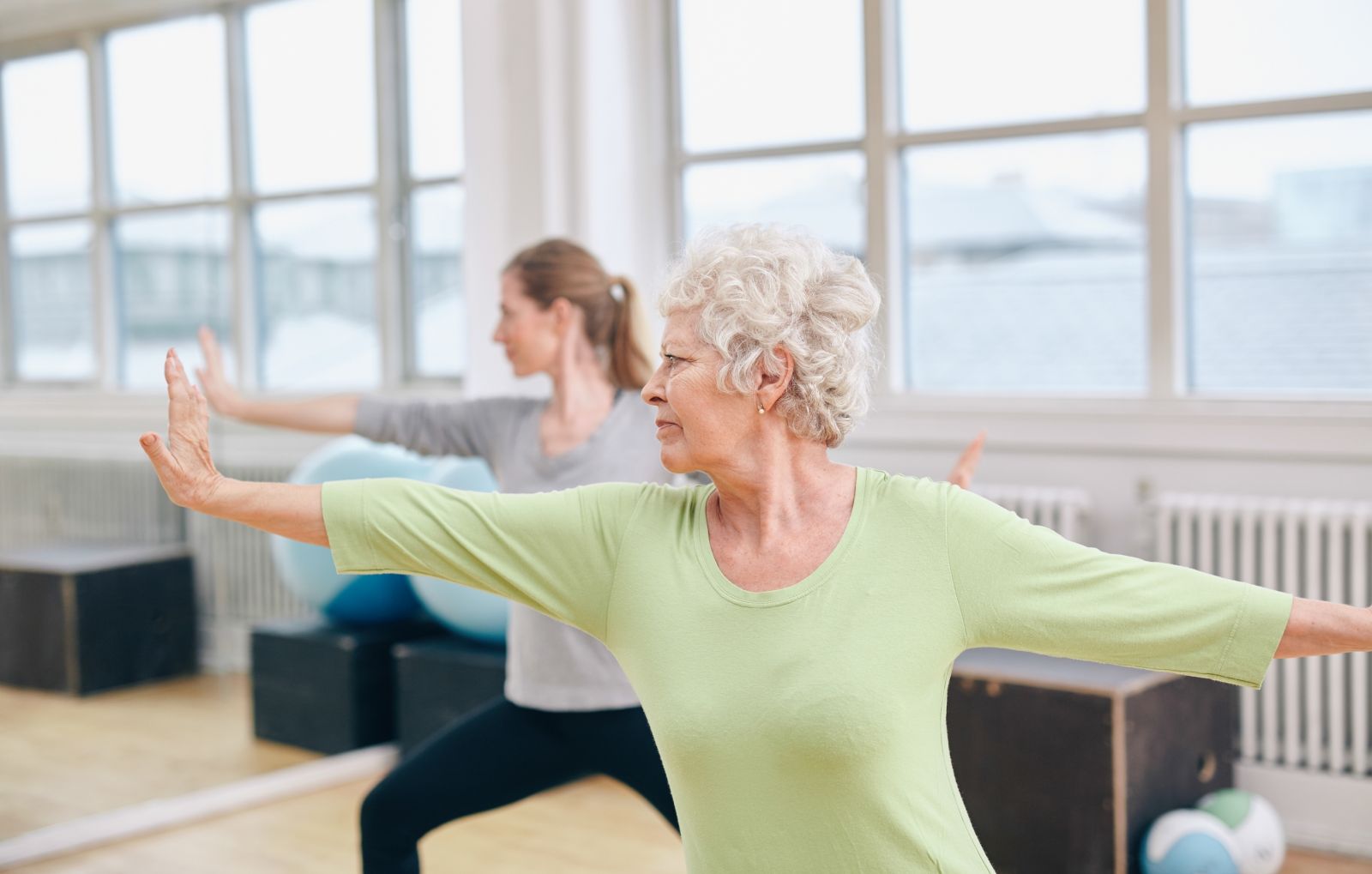 Coordination activities, aerobic exercise and resistance training are all great for the brain.  A great mood enhancer that also burns fat faster than standard aerobic exercise is interval training.   Dr. Amen explains, “According to research done at Rush University Medical Center in Chicago, individuals with weaker muscles appear to have a higher risk for Alzheimer’s disease and declines in cognitive function over time.  Canadian researchers have also found that resistance training plays a role in preventing cognitive decline.”

Activities that involve aerobic coordination such as dancing, result in fostering new brain cells. Aerobic activity strengthens the connections between those new cells, so the brain can recruit them for other purposes such as thinking, learning and remembering.  Dr. Amen recommends that people should do some form of aerobic coordination activity at least four to five times a week for at least thirty minutes. 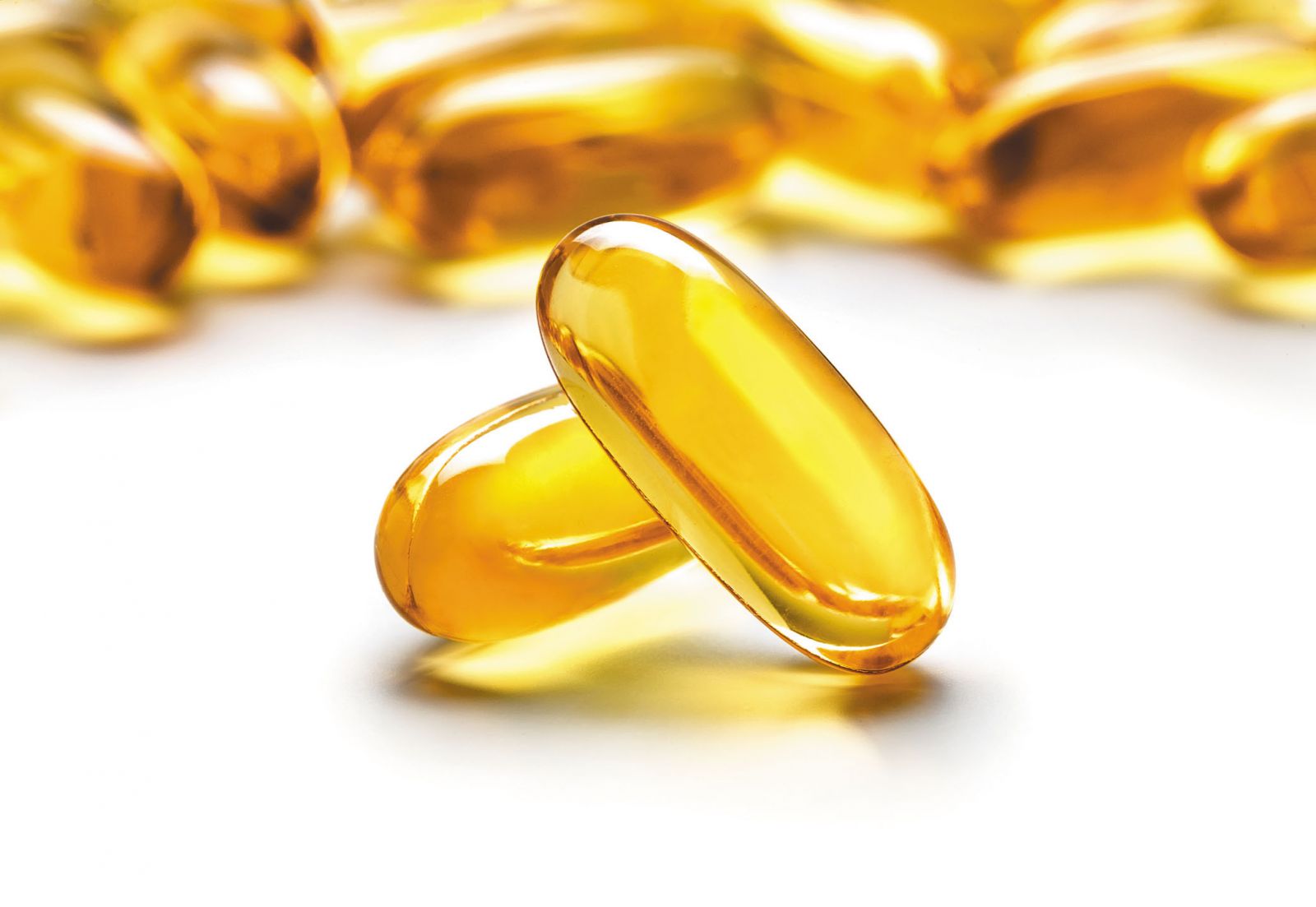 Vitamin D, or the ‘sunshine vitamin’, is also essential for brain health, mood, memory and your weight. Low levels of vitamin D are linked to depression, autism and psychosis as it plays a critical role in many of the most basic cognitive functions, including learning and making memories.  A study in the Journal of Alzheimer’s Disease discovered that vitamin D3, the active form of vitamin D, stimulates the immune system to rid the brain of ‘beta-amyloid’, an abnormal protein considered as a major cause of Alzheimer’s disease. The recommended dose in the US for vitamin D is 400 IU daily, but most experts agree that this is well below the physiological needs of most individuals and instead suggest 2000 IU of vitamin D daily.

Boost Your Brain With B-Vitamins

B vitamins generally enhance mental ability. Vitamins B12, B6 and B9 all help metabolize homocysteine. Increased concerntrations of homocysteine in the bloodstream results in long-term damage to the brain tissue increasing the risk of Alzheimer’s.

Popping supplements is not enough because lifestyle is the overriding factor in brain health. Supplements are not that helpful if people continue to live a lousy lifestyle, but in the context of a brain-smart life, supplements can make a big difference. 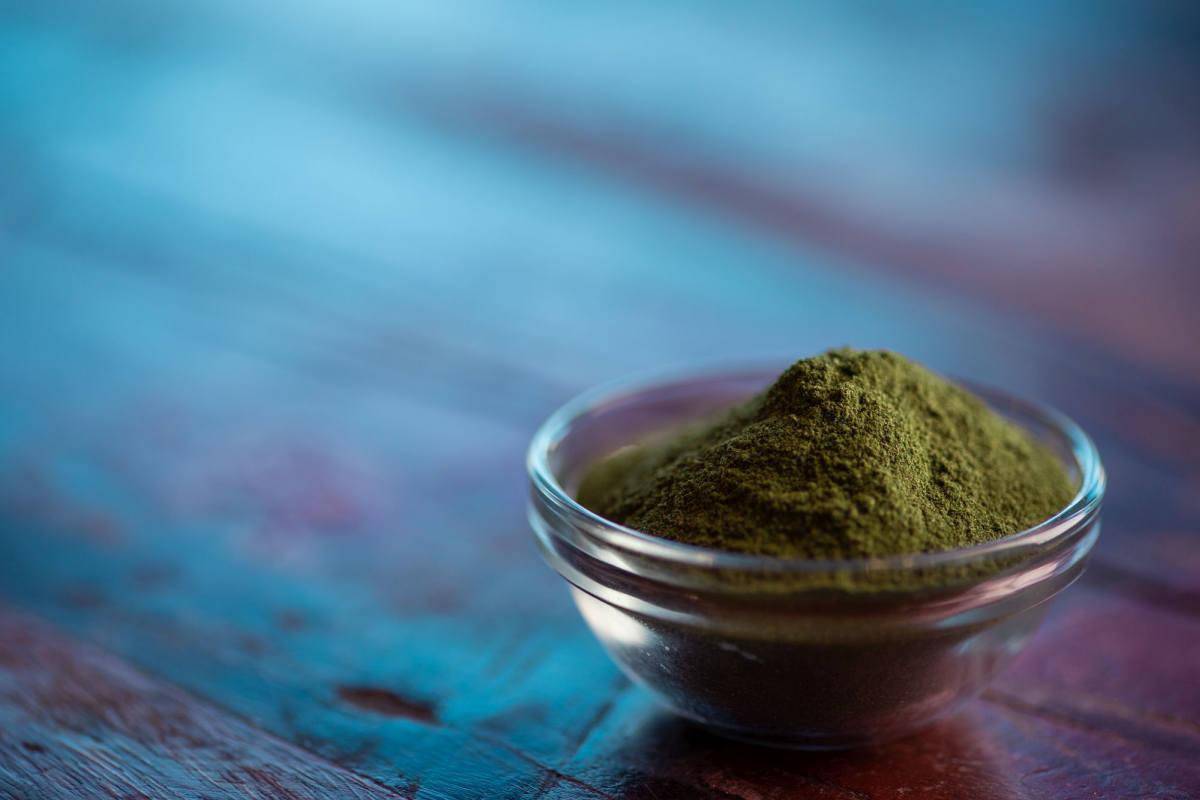 Resveratrol: A polyphenol compound extracted from the herb Polygonum cuspidatum, Resveratrol improves cognitive function in mice, as well as primates, by increasing insulin-like growth factor 1 (IGF 1) in the hippocampus, the brain’s memory centre.

Phosphatidyl serine (PS): Occurring naturally in the brain, PS supplements may reverse about 12 years of memory decline. PS is intricately involved in the strength, permeability, elasticity and maintenance of the structural integrity of all cell membranes, especially those of the brain.

Ginkgo biloba: May lessen age-associated memory impairment (AAMI) and improve some mental functions in those afflicted with AAMI.

Menopause And The Increased Risk Of Heart Disease

Integrative Medicine
Coronary heart disease (CHD), the number one killer worldwide, is commonly regarded as something that afflicts men rather than women. But it would be...

Integrative Medicine
Diagnosed with Multiple Sclerosis more than 15 years ago, Reevian Saied has been on a self-discovering journey, seeking ways to live optimally with her...

Catching up with Catherine: Awaken To Alzheimher’s

Wellness
Why is it that some strive for wellness; focusing on prevention, while others choose to play Russian roulette with their health? Who knows? I can’t...

Integrative Medicine
Keith Littlewood tells us why a low-carb diet might be bad for you; how Wi-Fi is affecting our health, and what you need to...