Every year the average person gains about 1.5kgs, which is almost 15kgs in a decade. Numerous diets come up yearly promising weight loss, but what is the best way to burn fat and keep it off? My criteria is threefold: proven weight loss, high rate of compliance (it’s doable) and long-term weight loss maintenance. Here I’d like to explore what works, not only in terms of food to eat, but when to eat and what works in terms of exercise.

The old idea was that it was just about eating fewer calories. Studies nowadays demonstrate that eating a low glycemic load (GL) diet, designed to keep blood sugar level even, causes more weight loss on the same calories that a conventional low-fat, low calorie diet.

There are two ways of eating low GL. One is by having very little carbs. You may eat lots of protein and/or fat instead. The other is to eat less carbs (and consequently a bit more protein) but choose the right kind of slow-release low GL carbs – whole rather than refined. 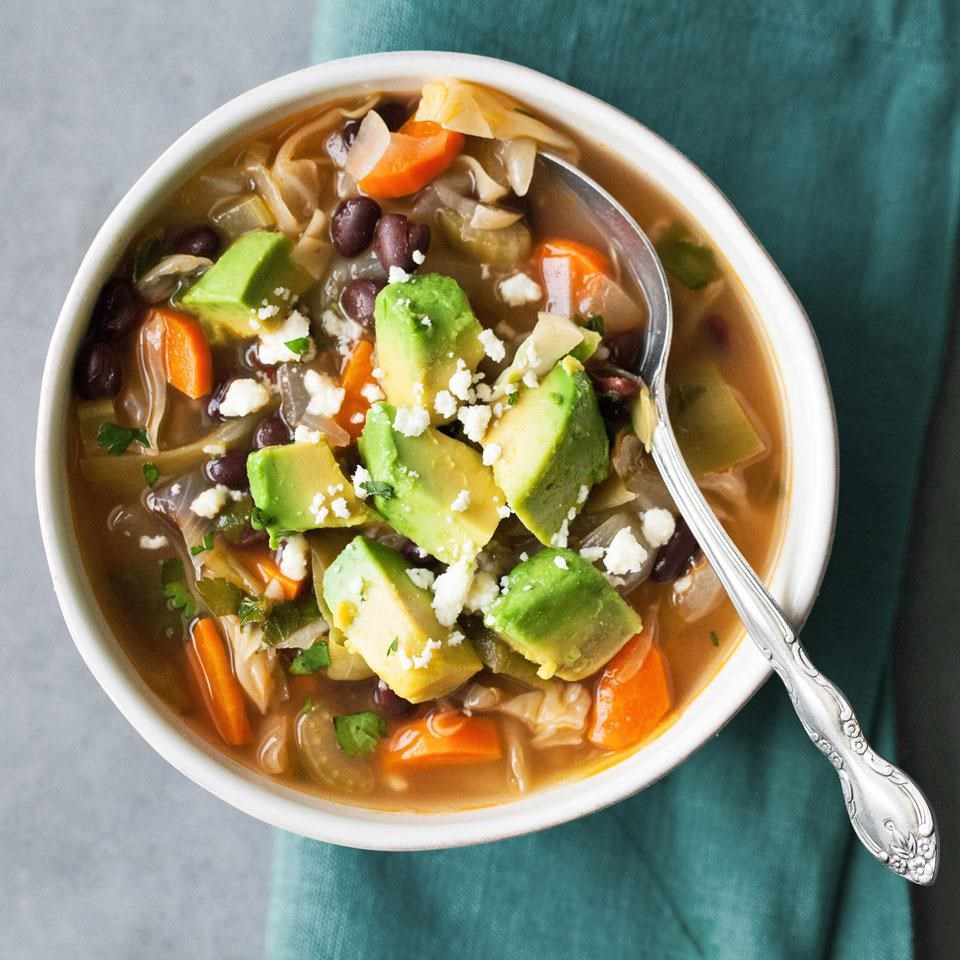 One important advantage of eating a low GL diet is that it reduces hunger. Sugar usually causes a spike in blood sugar levels, which leads to weight gain, but as the levels fall, it leads to carb cravings. Somewhere along this rocky road, insulin levels rise, in order to control the blood sugar and store the excess as fat. The more ‘insulin resistant’ we become, the more we have to produce to control blood sugar.

Is Insulin Control The Key To Weight Loss?

Recent studies have shown that high insulin levels drive obesity, that’s why controlling your insulin level is a vital key, not only to weight loss but also weight maintenance. Animals (and humans) fed very low calories are obviously skinnier, but also show all the signs of living longer. Insulin appears to be the key, not calories, for switching on these health promoting genes which supercharge your metabolism.

Take two studies by Dr Michelle Harvie and Professor Tony Howell, which resulted in their book The Two Day Diet. Inspired by the animal research demonstrating positive gene switching when animals were given low calories every other day, they experimented with giving people a low calorie diet (600kcals) twice a week, compared to a regular low calorie diet. The two day diet worked better, delivering 63kgs weight loss in 26 weeks compared to 54kgs on the conventional low calorie diet.

The experiment was then repeated, focusing on avoiding carbs with lots of protein and fat – a kind of part-time Atkins diet. They got a comparatively better result – nearly 4kg weight loss in 12 weeks versus 2.4kgs on the conventional low calorie diet.  These experiments do illustrate two points: first that you don’t necessarily need to eat less every day to lose weight, and secondly that controlling insulin with a low GL diet seems to work better than just eating less calories.

The Dangers Of High Protein Diets

One obvious problem with high protein/low carb diets is that they are invariably achieved by eating tons of meat and dairy products.

Variations on the Atkins diet, with high protein and fat and low carbs have consistently been shown to be effective for short-term weight loss, but not good for maintenance/long-term weight loss. Measures of cardiovascular risk improve, as do diabetes.

Depending on the quantity of protein consumption there are increased risks of kidney failure and reducing bone mass, contributing to osteoporosis. High meat and/or dairy diets are also associated with increased risk of cancer, especially breast, prostate cancer and colo-rectal cancer. Also, while dairy products are low GL they do raise an insulin hormone called IGF-1 (insulin-like growth factor) which is known to increase cancer risk and may switch off some of the anti-ageing benefits.

For these reasons, I have favoured a low GL diet based on eating a little more protein, mainly from fish and vegetable proteins such as beans, lentils, nuts and seeds, and less carbs as well as focusing on the low GL carbs such as wholegrain pasta, oat flakes, brown rice, quinoa and other such foods.

In head-to-head trials this kind of low GL diet has proven just as effective in losing weight short-term as Atkins-type diets but is clearly better in the long-term. An example of this is the Diogenes (Diet, Obesity, and Genes) study, which was designed to assess the efficacy of diets that varied in their protein content and GL in the prevention of weight regain. In this trial, the group maintained on the low GL diet with moderately higher protein (25% of calories from protein) had the highest compliance, the lowest dropout rate, and was the only group that did not regain weight by the end of the 26-week weight maintenance intervention period; this was the most optimal result achieved. 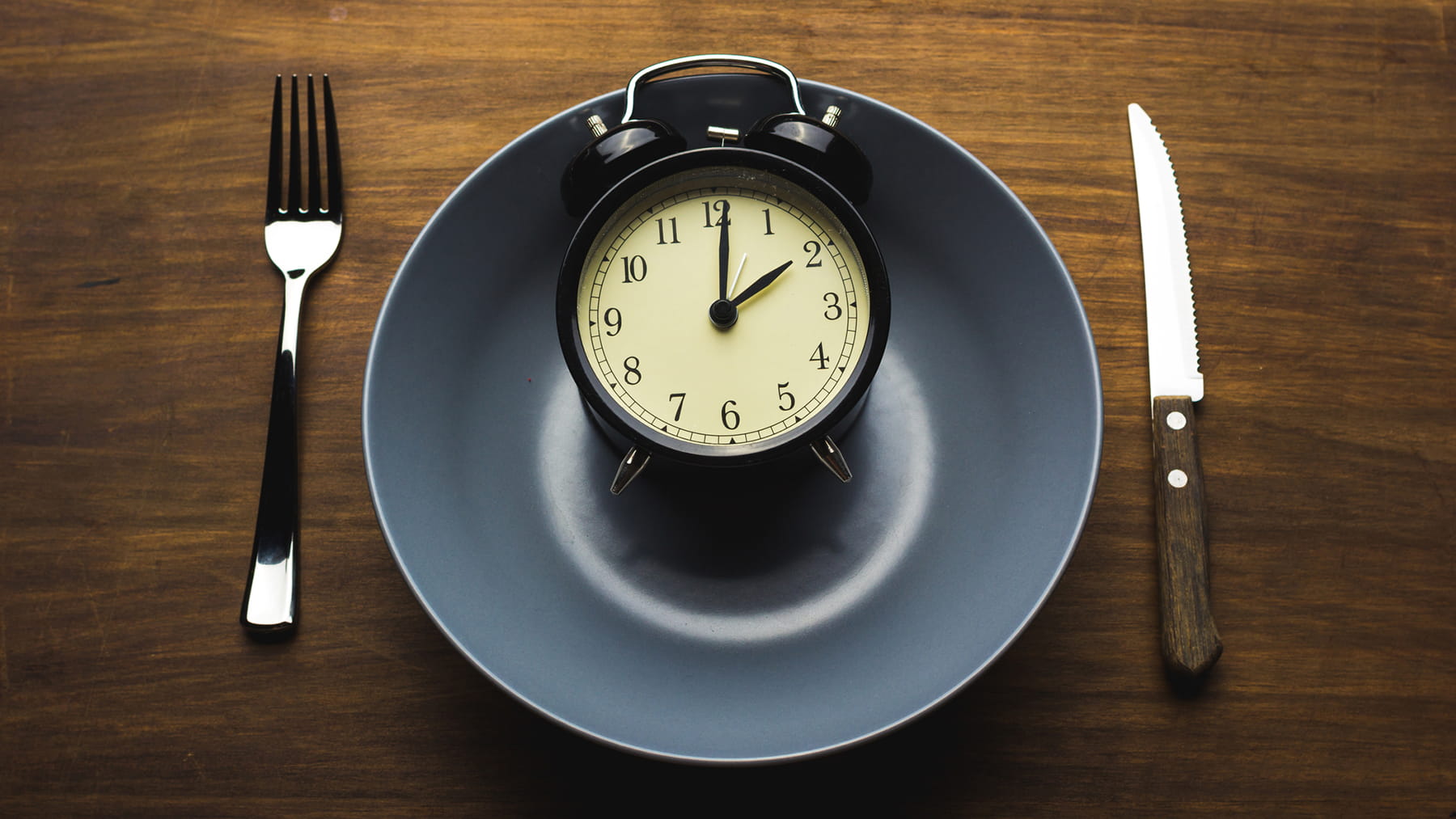 The concept of ‘alternate day dieting’ and ‘intermittent fasting demonstrated the same benefits and success rates observed in animal studies. Dr. Monica Klempel, from the University of Illinois, has pioneered much of this research and reported a 5.4kg weight loss in eight weeks on alternate day low cal dieting, with a low fat diet in between.

One of the most impressive results was shown recently in another eight-week week trial giving people 25-30% less than their calorific needs for three alternate days by Dr. Samira Eschghinia in Iran. This showed a 5.9kg weight loss. However, given that it appears to be lowering insulin, alternate day dieting is more preferable based not only on low calorie, but on low GL.

Is Diet Plus Exercise The Winning Formula?

What Kind Of Exercise And For How Long?

Short bursts of high intensity exercise, are as effective as long exercise sessions. Professor Martin Gibala from the McMaster University in Canada had one group of students ride a stationary bike for 90 to 120 minutes. Another group did what’s called high intensity interval training (HIIT), which involved a 30 second burst of sprinting, by cycling as fast as they could, then resting for a couple of minutes, then sprinting again, repeating the cycle 4 to 6 times. So, this second group clocked up 2 to 3 minutes of intense exercise in a 6 to 8 minute training session. Both groups exercised three times a week. So, who do you think were fitter, and more able to burn fat, at the end of the experiment? They had almost identical benefits on all tests. The difference was that one group had exercised for five hours in the week, and the other for about nine minutes! What About In The Long-Term?

The general view is that, for both all-round health and fitness, and also for weight burning, you need a balance between muscle-building exercise, called ‘resistance’ or strength training and ‘aerobic’ or endurance exercise. That might mean a ‘strength’ session of alternate days and a 30 minute endurance exercise, such as a jog, brisk walk, cycle or swim.

Charles’ and Lisa’s Kimchi with Radish and Coriander

Do We Always Have A Choice?

ABOUT US
Through insightful and compelling content, we foster a community of wellness seekers. WELLNESSworldBLOGS is a window onto the exciting panorama of information that resonates with the conscious community of today. By sharing informal yet informative updates about Integrative and Aesthetic Medicine, Holistic Healing, Wellness Travel, Functional Fitness and Gourmet Health Cuisine; we tell stories about products and services that are reliable and innovative to live our best life.
Contact us: connect@wellnessworld.media
FOLLOW US
© 2019 WELLNESSworld LLC
MORE STORIES

For Some Age Is Just A Number